We’ll discuss what you should know before purchasing a Carolina Dog German Shepherd Mix today.

These pups have hybrid vigour, are frequently less expensive than purebreds, and have the ability to blend traits from several attractive dog breeds.

A Carolina Dog German Shepherd Mix can be the dog for you if you’re seeking for a loyal mixed breed with a decent disposition. 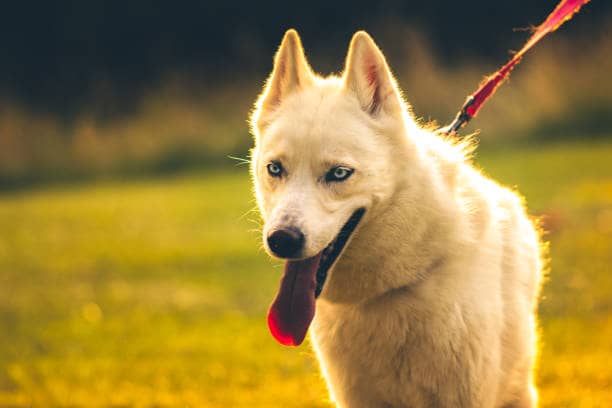 The Carolina Dog is the official AKC breed name, however it is also known by a variety of other names.

The Dixie Dingo or the American Dingo are two names that have been used to designate this breed.

Yolo Dog and other slang terms have been used to describe it.

The breed got its name because it evolved as a feral dog in the southeastern United States, including the Carolinas.

Despite their wild origins, 90% of dog lovers find these dogs appealing.

Their tails curve up over their backs when they’re enthusiastic, and they have tiny feet, pointed ears, and expressive eyes.

A Black and brown German Shepherd

While the Carolina Dog is not well-known, most of us have heard of the German Shepherd.

Although they are usually used as police and service dogs, these clever and loyal animals also make terrific companions.

According to the American Kennel Club, even pet German Shepherds have been known to display the same bravery as their working dog counterparts.

Even without any formal training, some of these dogs have been known to save drowning children, take bullets for their owners, and rush for aid if their owners are in peril.

According to Anythinggermanshepherd.com, the German Shepherd’s background as a herding dog shows that this breed is diligent and trainable.

However, make sure you’re ready for the responsibility before obtaining a German Shepherd.

As a trainer, these breeds require someone who is calm but confident.

Genetics, on the other hand, is a complicated subject, as you are surely aware.

According to a Vet at Pethouse, The appearance of one puppy may be very different from that of another with the same parents.

In many cases, though, a hybrid of these two breeds will result in a dog that looks like a little German Shepherd.

If you enjoy the look of a German Shepherd but want a smaller dog, this is the breed for you. You might fall in love with the crossbreed.

German Shepherds can grow to be 85 to 90 pounds, while Carolina dogs are typically 30 to 50 pounds.

As a result, a Carolina Dog German Shepherd mix will likely weigh between 50 and 70 pounds.

It’s difficult to predict temperament in a mixed breed like the Carolina Dog German Shepherd Mix.

Which is adorable, loyal, and an excellent family dog who gets along with other pets and children.

There are a few ways to put your temperament preference to the test if you have one. 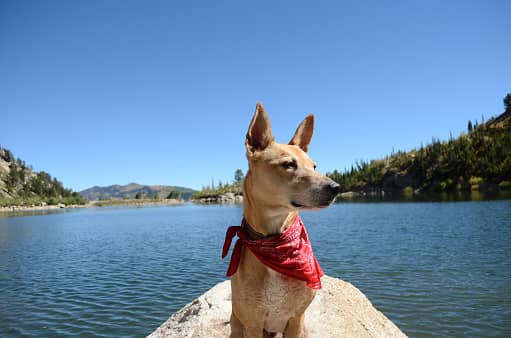 They come in a variety of colours, but the most are a light Golden Brown colour.

According to statistical analysis conducted by Pethelpful, 85% of Carolina Dog were dubbed “yellow hounds” in some areas due to their dislike.

The Carolina Dog is usually a wonderful match when it comes to getting along with other pets and family members.

See also  Miniature German Shepherd: Everything You Should Know About It

These canines are sight hounds with a strong prey drive, according to Saving Carolina Dogs, a rescue and advocacy group.

As a result, a Carolina Dog German Shepherd Mix can anticipate to live for 11 to 13 years. A German Shepherd requires at least 2 hours of movement every day, according to the PDSA, the UK’s largest veterinary charity.

Because both Carolina Dog and German Shepherd are energetic and thrive on diversity, it’s a good idea to vary their exercise routines.

You can teach your dog tricks, go to the dog park with him, or even employ him as a running partner.

A Carolina German Shepherd Mix dog has the potential to be a loving companion, but both breeds require training, so make sure you plan to train yours.

If you’re a seasoned dog trainer, this may seem insignificant, but many individuals, particularly new dog owners, require assistance with training.

Where can a Carolina Dog German Shepherd Mix be found?

You’re probably aware that there are a host of breeders and breed-specific rescues across the country for folks looking for a purebred dog, but you’ll have to get creative in your search if you’re looking for this precise breed mix.

How to make your Carolina Dog German Shepherd Mix Happy

You’ll need to feed your German Shepherd Carolina Dog. As with any other dog, combine a nutritious, well-balanced food.

According to DogTime, Commercial or homemade dog food can be used, however as you already know, different dog types require varying amounts of exercise.

These are both athletic dogs that thrive in a high-intensity environment.

Their pack, which includes you and any other family members, must also pay attention to them.

They are also known as Dixie Dingo or the American Dingo.

Thanks for reading. If you have any questions about Carolina dog German Shepherd mix, kindly do well to drop it in the comment section below.