If you’re here looking for answers then we’ve got you covered in this article, just read it.

The German Shepherd, or “GSD” as fans often call them, is short, athletic, and very sweet.

The fact that these dogs are the fifth most popular purebred dog breed registered with the American Kennel Club (AKC) in the United States doesn’t come as a surprise to new owners.

But eating poop isn’t one of the cute things that German Shepherds are known for around the world.

In fact, this is one of the things that makes German Shepherd owners the most upset.

But why do German Shepherds eat their own waste? Is this a normal thing for them to do, or are they sick?

Is there anything you can do to stop your German Shepherd from eating its own poop or the poop of other animals? Let’s find out now how to answer these questions. If you ask your dog’s vet about this behaviour, they will tell you that it is so common that it has its own medical term: coprophagia.

“Eating dung” is what “coprophagia” means. No matter who eats whose poop, the same word is used.

So it doesn’t matter if your German Shepherd eats its own poop or the poop of your cat or the dog next door. This is still the same behaviour.

But why on earth would your beloved German Shepherd do this when you feed them the best food and give them the best treats? It’s just so disgusting!

Why Do German Shepherds Eat Poop?

What does it mean when German Shepherds eat poop? So why in the world does your German Shepherd eat its own or other animals’ poop? Why do German Shepherds eat poop? Here is the answer. Let’s find out more by talking to a vet.

The United Kennel Club says that your German Shepherd may start eating poop for more than one reason. There are many possible explanations.

It’s normal for a German Shepherd to eat poop. In the world of canine biology, there are only two reasons why it’s “normal” for dogs to eat their own poop.

And by “normal,” we mean that it’s built into a dog’s DNA to help it stay alive and/or keep it safe.

1. A mother German Shepherd eats her puppies’ poop to help clean them.

If you’ve never had your German Shepherd have puppies, you might not know that the mother dog has to teach her puppies how to go to the bathroom.

She even has to tell them to go to the bathroom! She does this by using her tongue to lick their private parts.

This teaches the puppies to go to the bathroom after they eat.

Sometimes the mother dog will eat the poop, either to protect her puppies by getting rid of smells that could be picked up by predators or just because it comes out when she licks them.

2. A German Shepherd is looking for extra nutrients that aren’t in their food.

The only other biological reason a German Shepherd might start eating poop (either its own or that of other animals) is because it doesn’t get enough food.

For example, let’s say that the food you give your dog doesn’t have enough of some important nutrients.

Your dog may start eating poop to try to supplement their diet and get back important digestive enzymes, digestive fibre (prebiotics), gut bacteria (probiotics), vitamins, minerals, and other trace elements.

This happens a lot to wild animals, especially those that hunt for food and may have trouble finding enough to eat.

For some animals, like guinea pigs, eating their own poop is so important that they will die if they can’t get to it.

But it’s neither necessary nor common in dogs kept as pets unless their food isn’t enough.

Other Less Normal Reasons Why Your dog May Eat Poop

If you keep asking Why do dogs eat poop? Here are some other causes

In addition to these “normal” biological reasons, there are other, less common reasons why your German Shepherd might start eating poop out of the blue.

As the loving owner of a German Shepherd, you probably can’t think of a single reason why you would ever eat poop.

But your dog can find a lot of good reasons to eat poop. This is called coprophagia.

See also  Can German Shepherds Be Service Dogs? Find Out!

There are both medical and behavioural reasons why people eat their own poop. Each of these reasons is common enough that there is a lot of evidence to back it up.

1. Your German Shepherd is sick or has a parasite.

German Shepherd puppies are small and active enough to use up all the food they eat. But if your dog’s food is also being eaten by a worm or other parasite, your dog may need to eat more to keep both of them alive.

2. Your German Shepherd isn’t getting enough nutrition from the food it eats.

When something goes wrong with your German Shepherd’s digestive system, it can make it hard for your dog to digest its food and/or take in the nutrients from it.

When this happens, even if you feed your dog a lot at mealtimes, he or she may still be hungry. Your dog may be trying to tell you something is wrong by eating poop.

3. Your German Shepherd has nothing to do.

When German Shepherds get bored, they might start to bite or eat things they shouldn’t, like the couch cushions, their toys, your clothes, or even poop.

4. At mealtimes, your dog isn’t getting enough food.

If your German Shepherd is hungry, you can be sure that it will eat its own poop.

5. Your German Shepherd is still a puppy and will chew on anything (and we mean anything)

When they are teething, German Shepherd puppies are likely to mouth, bite, and swallow anything, even poop.

You can check out Carolina dog German Shepherd mix

6. Your German Shepherd thinks that poop smells great and must taste even better.

It’s hard to argue with a nose that is so sensitive!

7. Your German Shepherd seems to be upset about something.

German Shepherds are very smart, and smart dogs are often more sensitive to change and disruptions to their normal routine. Moving, getting a new pet or person, or even a change in food can make a person eat poop.

8. Your German Shepherd came from a puppy mill, and he learned to do this.

Rescued dogs from puppy mills are more likely to eat their own faeces because they were not fed enough (heartbreakingly sad but oh-so-true).

9. Your German Shepherd learned this behaviour from their mother or another dog.

Research at the University of Oxford says that some dogs learn this by watching their mothers.

10. Your German Shepherd knows that if he eats poop, you’ll pay attention.

Let’s be honest. The German Shepherd is very smart.

If your German Shepherd has noticed that eating poop gets you to look at them, you can be sure that they will add this to their list of tricks to keep you looking at them…. and only them.

How to Stop Your German Shepherd from Eating Poop

When you first saw that your German Shepherd was eating poop, you probably only wanted one thing: to stop it.

This is normal! But first you have to figure out what’s going on.

You might need to ask your dog’s vet for help to figure out which of the things you just read could be causing your dog to poop a lot.

Once you know why, it’s much easier to take steps that will make eating poop less appealing.

Here are some things you can do right away, even while you’re waiting for the results of veterinary tests:

Do you have any great ideas about what you did to solve the problem that you could share?

We are all about coming up with new and creative ways to keep dogs away from poop. Tell us about your ideas in the comment section below. 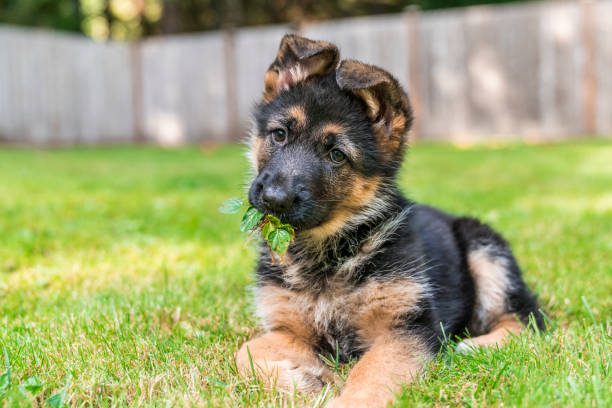 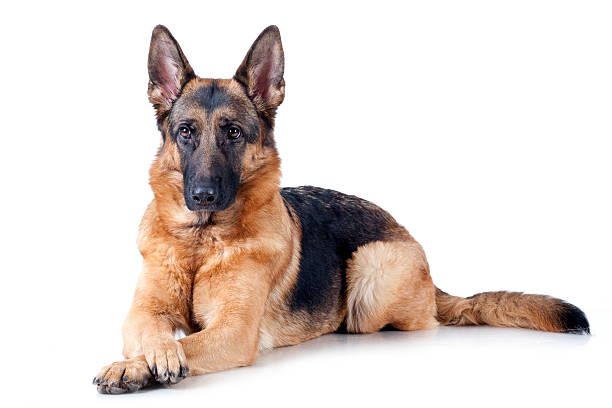 Why Do German Shepherds Rub Themselves? Find Out